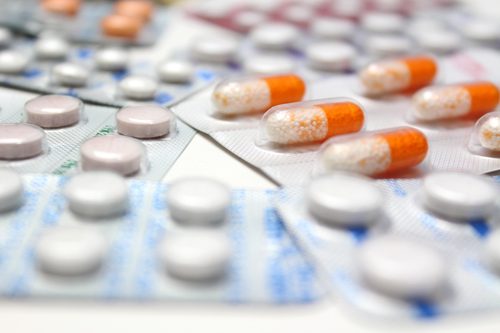 Addiction to pain killers often begins with a prescription, is more common than we think, and is the root of the drug epidemic in the United States.

Opioid based pain medications have been helpful in many situations, such as the use of morphine after a major surgery. Most patients are sent home with a prescription for painkillers following any surgery, major or minor. Even weeks after the surgery, it is fairly easy to obtain a refill from the doctor by claiming that you are still in pain. In the recent past two decades, there has been a tremendous incline in the number of pain medications being prescribed to the general population.

When a patient has been prescribed these medications and takes them over a period of time, they begin to build a resistance to it. This means that more of the drug is needed to provide the desired effect of pain relief. When the body begins to build tolerance, this is the beginning of addiction. The individual may not even see it coming. Opioid pain medications provide a feeling of euphoria and eventually change the pattern of the brain, effecting the regions involved in reward. They are most dangerous when an individual begins to take more than prescribed, or mixes them with other drugs or alcohol.

Opioids are activated by the body’s own opioid chemicals (endorphin and encephalin).

Prescription pain killers inhibit the production of the brain’s natural pain relief signals. Once addiction has occurred, withdrawal can be painful. Many people who develop an addiction to prescribed pain medications turn to heroin when they can no longer get a pain medication prescription because heroin is cheaper (initially) than buying pain pills on the street. Opioid pain medications can cost $60 for a 60 milligram pill on the street, while heroin can be purchased for less than one-tenth the price.

There has been more than a 300% increase in the use of painkillers since the year 2000.

An estimated 4.7 million people are dependent and/or addicted to painkillers in the U.S. Every year, an estimated 47,000 people die from drug overdose, of these, painkillers are most often the culprit. Every day, 52 people die from opioid medications; most of these are prescribed. In 2010, over 400,000 emergency room visits were related to prescription pain medications, and this number has risen. In a 2014 National Survey on Drug Use and Health Report, the Substance Abuse and Medical Health Services Administration claimed that there were 4.3 million nonmedical users of painkillers. Are there really that many Americans in pain? The medical field and pharmaceutical companies play a huge part in this epidemic. Ulterior methods need to be employed to change the course of drug addiction in our country.

There are many other ways to combat pain that are not as dangerous as beginning a cycle of opioid pain medications. If you think that you may be at risk for addiction, talk to your physician about other methods of pain relief.

Reference:
“Painkillers at the Root of Prescription Drug Overdose Epidemic.”