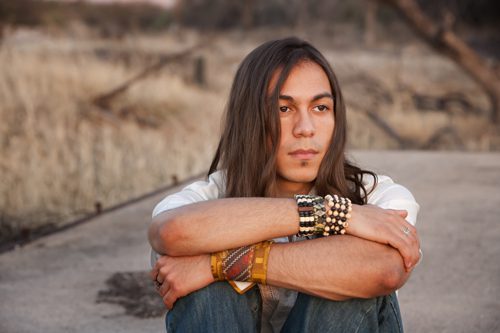 Native Americans suffer a higher death rate due to alcohol than any people in the rest of the nation.

These people, who honor mother earth, and lived off of the land for many years without disrupting the environment, have become plagued by alcoholism. There is much argument as to whether alcohol was first introduced to Native Americans by the Europeans. The Authentic History Center explains the history of alcohol use among the Native Americans:

“Most indigenous peoples in North America did not have alcohol in their cultures. In some areas of the American Southwest, a beverage of fermented corn called tesvino was used during rites of passage rituals. The Pimas and Papagos created alcohol from the Saguaro cactus and used it as part of a spiritual ritual believed to bring rain. The Aztec fermented maguey to make pulque, also used in rituals. Because spiritual power was derived from the drink, its consumption was strictly controlled. European colonization introduced alcohol to most American Indians and altered the drinking patterns of others.”

Alcohol trade became part of the fur trade in the mid-seventeenth century.

This was devastating to the Native American communities and left them in a state of poverty. As this trend worsened, Colonists and Native Americans took steps to limit alcohol trade, but this failed because the European traders had a huge economic advantage. Due to the spread of alcohol trade in the West, a provision was included in the 1802 Trade and Intercourse Act which granted authority to the president to stop the sale of alcohol to Native Americans. “Meanwhile, urbanization in the East created its own set of pathologies, including alcoholism, prompting a new attitude toward alcohol and the formation of the American Temperance Society in 1826. The Natives themselves carried out the most effective temperance efforts among themselves. Attempts to end the business of selling alcohol were fruitless because of the vast profits to be made by unscrupulous traders, and because of the social and cultural damage inflicted on the Natives displaced by the Federal government’s removal policy. These Native were confined in what became officially known as Indian Territory in 1834 in present day Oklahoma, easy prey for aggressive white alcohol traders.”

Over one hundred years later, there are still devastating effects from the alcohol trade that infiltrated their communities and culture.

The National Institute of Alcohol Abuse and Addiction reports that over 12% of Native Americans are heavy drinkers. Of all of the vehicular accidents on reservations, alcohol is involved 65% of the time, and of vehicular deaths, alcohol is a contributing factor in 48%. The Centers for Disease Control and Prevention found that 11.7% of deaths among Native Americans are alcohol related, compared to 3.3% in the rest of the U.S.

According to the Indian Health Services, the rate of alcoholism among Native Americans is six times higher than the national average, with one in ten Native American deaths being alcohol related. These numbers are staggering. There is not only a physical boundary, but also a clash of cultures between Native Americans and the dominant society in our country.

The role that alcoholism has played among Native Americans for the past century has also led to high rates of Fetal Alcohol Syndrome.

FAS was first recognized as a disorder in 1973. Alcohol use during pregnancy can cause devastating effects on the unborn child. Some symptoms of FAS include: heart defects, behavioral problems, low birth weight, particular facial anomalies, difficulty with gross and fine motor skills, and mental retardation. The National institute on Alcohol Abuse and Alcoholism states that white Americans have an average rate of 0.9 FAS births out of every ten thousand. In contrast, Native Americans have a whopping 29.9 out of every ten thousand births.

To gain a clearer picture:

It is time that America steps up to the plate and recognizes the injustice done to these peoples. Incorporating better education about drugs and alcohol, and a wider range of alcohol treatment facilities can help prevent the devastating toll that alcohol has taken upon this culture.